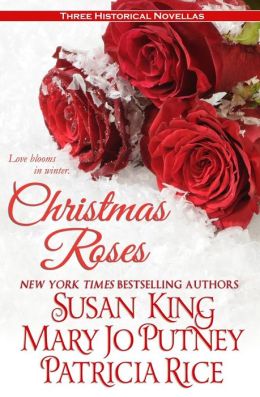 Love blooms in Winter. Three rare, historical romance novellas by acclaimed writers Patricia Rice, Mary Jo Putney, and Susan King are collected together here for the first time in this exclusive eBook, Christmas Roses. “The Snow Rose”, “The Black Beast of Belleterre”, and “The Kissing Bough” weave tales of the joy of unexpected Love, at a special time of year, Christmas – as only these talented writers can. Discovery in the midst of a clash of clans, hidden desires from an unexpected suitor, and a love once lost and found combine for a truly romantic journey through history. This tantalizing collection of historical romances also includes all-new introductions and recipes to add to the delight of the season.

Patricia Rice With several million books in print and New York Times and USA Today’s bestseller lists under her belt, former CPA Patricia Rice is one of romance’s hottest authors. Her emotionally-charged contemporary and historical romances have won numerous awards, including the RT Book Reviews Reviewers Choice and Career Achievement Awards. Her books have been honored as Romance Writers of America RITA finalists in the historical, regency and contemporary categories. A firm believer in happily-ever-after, Patricia Rice is married to her high school sweetheart and has two children. A native of Kentucky and New York, a past resident of North Carolina, she currently resides in Southern California, and now does accounting only for herself. She is a member of Romance Writers of America, the Authors Guild, and Novelists, Inc.

Mary Jo Putney A New York Times bestselling author, Mary Jo Putney was born in Upstate New York with a reading addiction, a condition with no known cure. Her entire writing career is an accidental byproduct of buying a computer for other purposes. Most of her books contain history, romance, and cats. Her current Lost Lords series include No Longer a Gentleman, May 2012, and Sometimes a Rogue, September 2013. October sees the release of the mass market edition of Mischief and Mistletoe, a Christmas anthology by the eight authors of the Word Wenches blog. She has had ten RWA RITA nominations, two RITA wins, and in 2013 is the recipient of the Nora Roberts Lifetime Achievement Award.

Susan King Susan King is the bestselling, award-winning author of 22 historical novels and novellas praised for historical accuracy and lyrical writing. Writing as Susan King and Sarah Gabriel, she is the author of several historical romances for major publishing houses; as Susan Fraser King, she writes highly acclaimed historical fiction, including Lady Macbeth and Queen Hereafter, published by Random House. Her backlist novels are now being released in e-book form and she is currently working on new fiction. A founding member of the successful author blog Word Wenches, Susan holds a B.A. in fine arts and an M.A. in art history, and did her Ph.D. work in medieval art history. She lives in Maryland with her family.

Other Books in "Anthology" 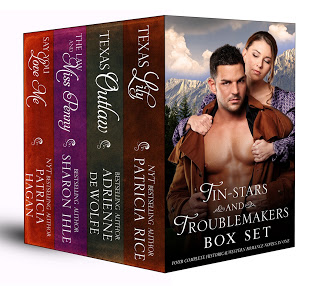 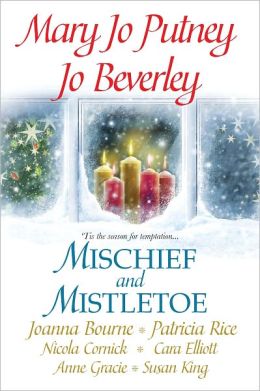 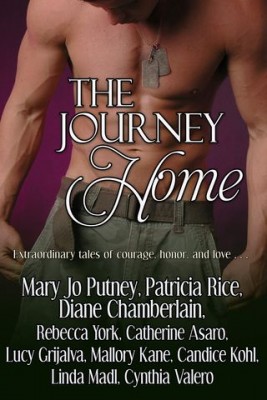 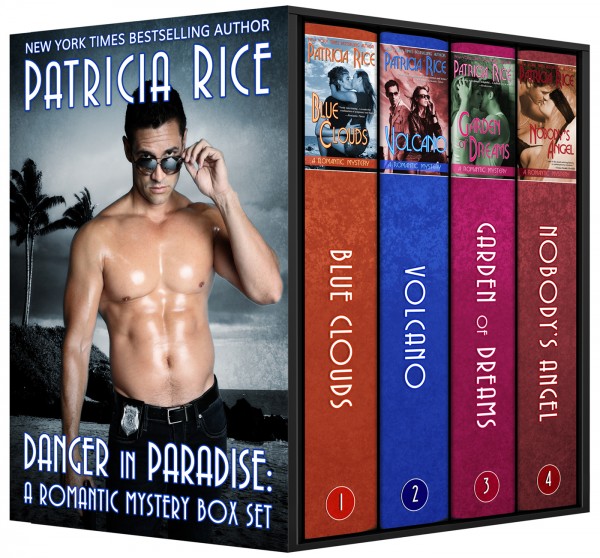 Danger in Paradise
Look Inside